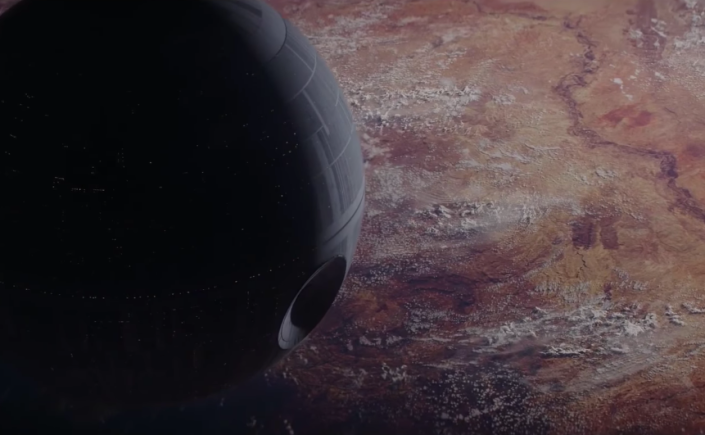 Rogue One: A Star Wars Story is just days away, and unless you’ve been watching the trailers through the lenses of a stormtrooper helmet you’re probably aware that it’s going to feature the Death Star. The Death Star is one of the most iconic elements of the Star Wars universe, everyone knows about it even if they haven’t seen the movies (like “Luke, I am your father!”). Its terrifying power to kill billions of people at once tells you all you need to know about the Galactic Empire – it is an utterly evil, totally irredeemable government that the Rebels are justified in rising up against. The giant planet destroying plot device (P.D.P.D.) was used again in Return of the Jedi, then yet again in The Force Awakens.

It’s no surprise that space superweapons permeate the Expanded Universe of Star Wars spinoff material as well, appearing in the licensed books, comics, and games. As we count down the days til the release of Rogue One, why don’t we take a look at some of the terrifying (and dumb, in some cases) technological terrors in the Star Wars films and the spaces between? You’ll be never be able to sleep soundly on a planetary surface again after reading this, Wagoners.

Note that this is by no means an exhaustive list, I’m just pulling from sources that I’m familiar with. I won’t be writing about the Star Forge from Knights of the Old Republic, for example, as I haven’t played those games and don’t know the whole deal. Also note that since the purchase of the Star Wars franchise by Disney, all of the old comics, books, and games have been made non-canonical to make room for new material unconstrained by what’s come before (the old stories are now referred to as Star Wars Legends, which will be on the covers of new printings). But I’m not really bothered by stories not meshing together – as the mean old man of comics once said; “this is an imaginary story…aren’t they all?”

PRETTY MUCH ANY OLD STARSHIP

APPEARED IN: All Star Wars movies and spinoffs

If you think about it, any sufficiently large or powerful starship is capable of destroying all life on a planetary surface. Per the old Expanded Universe an Imperial Star Destroyer could pound a planetary crust to slag with its turbolasers in an operation code named Base Delta Zero. While good-guy ships (like Mon Calamari Star Cruisers, for example) are probably not designed with that kind of carnage in mind, if they can go toe-to-toe with Star Destroyers I’m sure they have similar orbital bombardment capabilities.

Even if you don’t believe that starship-scale energy weapons in Star Wars are powerful enough to make a world’s surface run molten, a starship still represents the ultimate high ground from which to attack a planet. You could sit up there and lob nukes, asteroids, or blaster bolts with impunity… 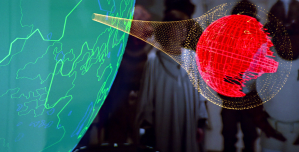 …if you were attacking a sufficiently primitive/undeveloped world, that is. As we can see in the Star Wars films, areas of planetary surfaces can be defended from orbital attack by ground-based weaponry or powerful shield generators. The shield protecting the Rebel base on Hoth was said to be strong enough to deflect any bombardment, necessitating the Empire’s ground assault with walkers. The Expanded Universe goes further and posits shield technology capable of encircling entire planets (provided they are rich or strategically valuable enough) and warding off fleets of star cruisers…kind of makes you want to develop a battlestation with some kind of…super laser to crack through all that noise.

Next let’s look at something a bit more exotic, from back in the glory days of the Old Republic…

“CONSTRUCTED” BY: Lord Adasca, jerkwad CEO of the Adascorp Conglomerate

APPEARED IN: Star Wars – Knights of the Old Republic issues 18-21 (the 2006-2010 series from Dark Horse Comics). This story is now part of Star Wars Legends but since it takes place thousands of years before the films I don’t think it’s really affected by any changes to post-ROTJ canon.

You remember the space slug, right? The Millennium Falcon lands in one while on the run from Darth Vader in The Empire Strikes Back and barely escapes.

Most of the galaxy regards giant starship swallowin’ space slugs as a myth, but some 4000 years before the events of the Original Trilogy a greedy capitalist found a whole mess of them scattered in a remote star system. Arkoh Adasca used the resources of his inherited corporate empire to study the slugs (dubbed “Exogorths” by his researchers) and found that enough of them in one place could wreak havoc on a star system, shattering moons and destroying space stations or starships.

Hatching a plan for galactic domination, Adasca had his scientists implant the slugs with machinery to stimulate aggression, hunger, and increased reproduction, and to allow them to be moved through hyperspace from system to system (in nature the slugs just float through the galaxy at sublight speed, hibernating for millions of years before reaching a food source). He then called a summit between representatives of the warring Republic and Mandalorians, offering the use of the cyborg slugs to whichever side would give him a larger slice of the galactic pie once the conflict ended.

Adasca was an Arkanian, a species closely related to humans (note the completely white eyes and three-fingered hands) – art by Bong Dazo

Adasca’s plan was foiled by a ragtag band of heroes (now where have I heard that story before?) before he could commit his creatures to either side, but I’ll leave you to read the story for yourself to get the details. Dark Horse collected the Knights of the Old Republic series in several omnibuses, and now that Marvel has the rights to publish Star Wars comics they have been re-releasing them as well. They’re fun adventures that channel the original Marvel Star Wars comic series and are worth reading, and you don’t have to have played the Knights of the Old Republic games to enjoy them (the comic series is a semi-prequel featuring characters who later appear in the games, but is mostly unrelated).

Hope you’re not too horrified to tune in next time for more superweapon action, Wagoners! May the Dreaded Death Star never eclipse your homeworld’s sun.

3 thoughts on “Attack Rundown: The Superweapons of the Star Wars Universe – Part 1”