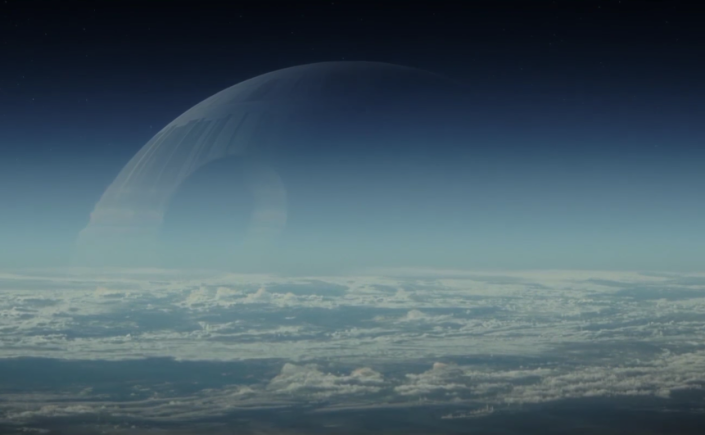 No spoilers! This is purely SpaceStationWagon Speculation! If you don’t want to hear it, don’t scroll down past the sweet Rogue One images below.

I’m going to keep typing for a while because if I don’t make a big enough block of text here, the beginning of the next paragraph will still be visible on the main site. So…how is everyone? Excited for Rogue One I’ll bet! If you had told me ten years ago that Star Wars would one day be owned by Disney, and they would start making a whole “Expanded Universe”of films, I’d never have believed it. You know, Rebels has been really good lately, you should go check that out. Ok I think that’s enough filler text, scroll on!

this RA-7 droid is an awesome throwback

I think all the new characters die. Or a lot of them do, at least. We know the plot of the movie revolves around the theft of the Death Star plans, and that by the end of the story the plans must be transmitted to Princess Leia’s blockade runner. She heads to Tatooine to recruit Obi-Wan Kenobi into the Rebellion, hides the plans in R2-D2’s memory, and is captured by Darth Vader, starting The Star Wars.

The way this huge story folds down into a single mention in A New Hope (“several transmissions were beamed to this ship by Rebel spies…I want to know what happened to the plans they sent you”) and the content of the trailers we’ve seen so far give me the idea that this is going to be a tale about sacrifice; about risking it all to fight tyranny. You know, maybe that’s a good message for right now.

Rebels with a cause

I also think it’s the Death Star that does the deed. Going by the script for Star Wars it’s pretty clear that Alderaan is the first (and only) large, terrestrial planet destroyed by the Death Star (“Princess Leia, before your execution I would like you to be my guest at a ceremony that will make this station fully operational”), but surely the Empire must have test-fired that bad boy at some asteroids, or a small moon? It would be embarrassing for the beam to fizzle out or something.

But check out this sequence of shots:

It looks to me like the Death Star superlaser is being fired at the surface of the rocky planet with devastating (but not planet destroying) effect.

We see in the trailers that at one point the station orbits a planet with a massive Imperial installation on its surface, most likely the theft of the plans takes place here. Note the big hard drive-looking thing that Jyn Erso is running with in the last shot…gotta be the plans, right? Or else trillions of mp3s:

I think that the Rebels rip off the plans and then make a mad dash on the beach (through what looks like rows of trees on a rubber plantation) to get to some kind of transmitter capable of sending the Death Star plans back to the Alliance. I imagine that at the last possible second the connection is made and the plans are sent to Leia’s ship as it passes nearby – just before the Empire lights up the whole area with the superlaser and kills the Rogue One crew. Or maybe takes out the whole planet? The (now non-canonical) Star Wars Expanded Universe had the Death Star destroying the prison planet it was built in orbit of after it was completed, killing all the laborers used in construction. While the script for Star Wars seems to preclude a pre-Alderaan planetary annihilation, old trivia dies hard.

If I’m correct, this is gonna be a sad one. Even though I’ve tried to stay away from any details or backstory info on the new characters in Rogue One, I already know I’m going to love them. I mean come on, one of them is Forest Whitaker. Love that guy.

Maybe some of them will make it out alive and be among the Rebel grunts in the background throughout the Original Trilogy (will they go on to jack the Imperial shuttle Tyderium?), but I feel as though a lot of these characters will wind up dying in the operation to get those plans. While Luke, Leia, Han and the gang are the rock stars of the Alliance, these noble commandos are the roadies who made it all happen.

I would bet a large amount of Imperial credits on the white suited Imperial Officer buying the moisture farm in the film for sure; if he’s not killed by the Rebels he’ll probably be executed for letting them get away with the plans. There’s a shot from the trailer with Vader striding rapidly towards him, about to lay down some Vader-style meanness.

You’ll notice that he’s not present in the Death Star briefing in ANH. Maybe Grand Moff Tarkin is his replacement?

Someone else who probably won’t make it out is Jyn Erso’s Oppenheimer-esque father, played by Mads Mikkelson.

We’re just days away from Rogue One, boy did it sneak up on me pretty fast! You can bet I’ll be waiting in line…actually probably just walking up to a ticket window for a matinee showing sometime that weekend. Check back and I’ll let you know what I think! May the Force be with you, and please enjoy some more great shots of the characters and worlds of Rogue One while you wait for the movie: