Saga of a Star Wars Fan

Episode I: Some Background

Now I admit, I was skeptical. When the announcement came I took it with a kind of clinical disinterest. It didn’t even seem real, like one of those Florida Man stories where a guy calls the cops because someone stole his weed plants or someone wrassles a gator because it killed his buddy.

I love Star Wars, and I have always loved Star Wars (ok, so from early elementary school). I love the movies and know them line by line. I loved collecting the merchandise to feel like I owned little pieces of the movies. I loved reading the Expanded Universe books and comics, absorbing every last bit of minutiae within. From about ’95 to aught five, Star Wars was my LIFE. I even enjoyed and still love the prequels (which is a post for a different time…but I will drop the tidbit that The Phantom Menace is my favorite of the three prequel movies).

Even easier to see than an all white trooper…did we not learn the lessons of Endor? Just kiddin, Phasma is the coolest.

During the lead up to Revenge of the Sith I constantly had the thought “this is the LAST Star Wars movie. THE LAST ONE EVER.” So I watched it, enjoyed it, bought the action figures, consumed the spin-off material. I graduated high school, went off to college and got caught up in becoming a man (still a work in progress). It was in this era of my life that my passion for all things Star Wars began to cool. I started missing issues of Dark Horse’s various Star Wars comics, and then began passing on whole series. I dropped the novels altogether (they had gotten depressing and weird anyways) and realized that maybe I should stop buying Star Wars action figures. By that point Hasbro was releasing nothing but remakes of figures I already had, endless color schemes of clone troopers, and characters that maybe should not have seen plastic.

Thank you Yarna, for being the first Star Wars figure that made me go “….yeah, I don’t want to own that.”

When the Clone Wars TV series came out I tried to watch but just wasn’t feeling it. To start with I wasn’t a huge fan of how they took Genndy Tartakovsky’s designs from the AMAZING Clone Wars 2-D microseries and inflated them into 3-D CGI. It just looked ugly. I also thought that the stories were formulaic and unoriginal (keep in mind I’ve only seen parts of the first season, so I’m going off that. I’ve heard that the later seasons are really great) and I felt like I had already lived these stories before…having devoured Clone Wars EVERYTHING in the couple years between the releases of Episodes II and III. I was done with Clone Wars, and that started to make me realize that I was done with Star Wars as a whole.

But I DID love Jabba’s creepy Uncle Ziro.

So that’s why I was pretty nonplussed when the announcement about the Disney Star Wars movie came. In my eyes Star Wars had already ended.

But then something happened. I returned home after teaching English abroad for a few years. While resting and readjusting to the US (something I still haven’t done successfully) I was reminded of old times and caught the enthusiasm for the new movie from my friends. The very well done teaser did its work; as a friend of mine put it; “It makes you feel like you haven’t been home in a long time and someone told you that something’s happened and you absolutely NEED to get home!” 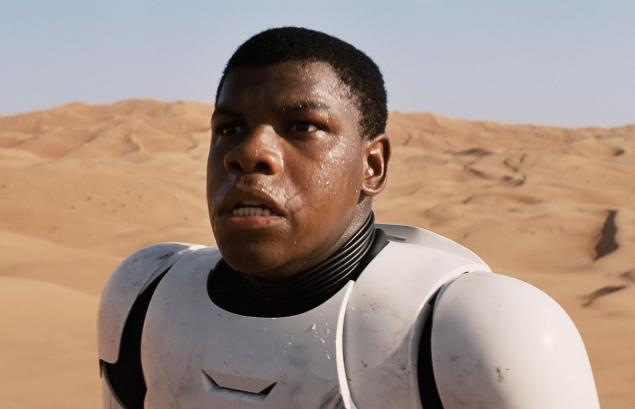 Something had happened. The Fan….AWAKENED. And now I am extremely excited. By this time next week I will have seen a new Star Wars movie, and that is amazing. I wish I could tell my seven year old self all about it; he’d love it (but probably wish it featured more Mandalorians [Boba Fetts]).

So look forward to a lot of Star Wars stuff coming to you from Space Station Wagon! And stay away from spoilers!