DISCLAIMER: Everyone has a right to own any ephemera from scifi/fantasy properties they enjoy. The author of this post is not trying to act like he’s better than anyone, as he himself owns two representations of the Return of the Jedi background character Sy Snootles; one from Hasbro’s 3.75″ line from the 90s (when the author was a child) and the original Kenner Sy Snootles figure from 1983, bought on Ebay at the end of 2015 (when the author was a fully grown man approaching the age of 30).

I just feel like a bust of Ms. Snootles is a very awkward thing to have. Imagine seeing this in a relative’s living room at Thanksgiving. Off-putting. The only thing that makes having this OK is to also have the Gentle Giant busts of her bandmates. 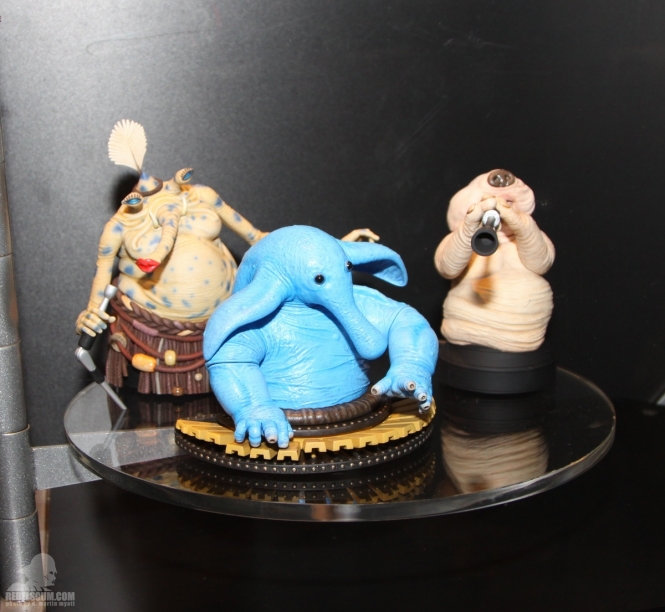 Did you know Sy was packing heat? Good choice in a lawless den of thieves like Jabba’s Palace. 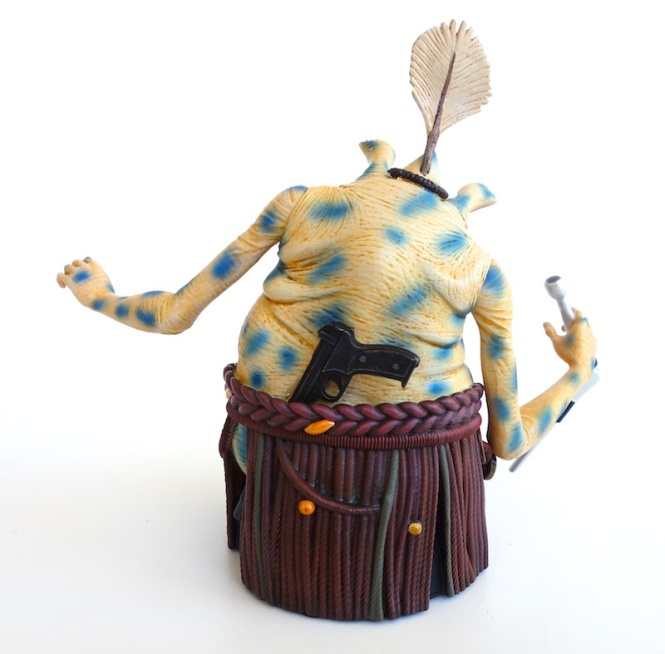 Runner up: This bust of Ree-Yees seductively rubbing the rim of his glass while giving you (three!) bedroom eyes. 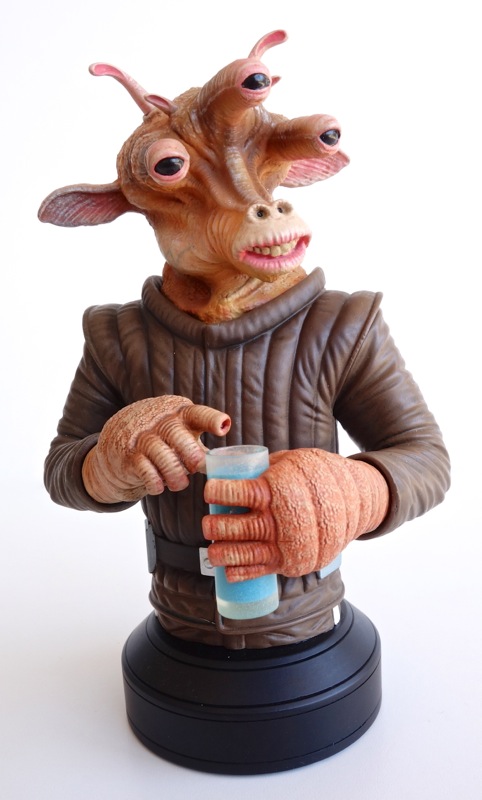 I could get lost in (all) those eyes.

Vaguely disturbing runner up: A statue of Salacious B. Crumb holding  C-3PO’s detached cranium…from an alternate universe where Jabba’s goons got things under control and put the Rebels to death in the Sarlacc Pit as planned? That’s dark, man.

BONUS VIDEO: Sy and the Max Rebo Band, doing what they do best: